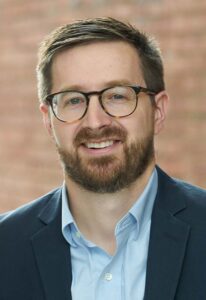 The region is one of 60 finalists in the U.S. Economic Development Administration’s $1 billion Build Back Better Regional Challenge

Central New York and the Mohawk Valley are vying to receive more than $100 million for several economic development projects as part of a pandemic stimulus package.

The CEO of economic development organization CenterState worked with more than a dozen municipalities and agencies to submit a joint bid for the Central New York and Mohawk Valley regions. The proposal focuses on training workers to enter in-demand fields and expanding the region’s semiconductor, drone and quantum computing industries.

CenterState was one of 60 finalists announced in December by the Commerce Department for the US Economic Development Administration’s $1 billion Build Back Better regional challenge.
The competition is part of the US bailout programs aimed at stimulating economic recovery in the event of a pandemic.

The 60 finalists were chosen from more than 500 applicants in 45 states. Each will receive a $500,000 grant to further develop their proposals. Finalists proposed projects that represent industries unique to each region, including advanced manufacturing; aerospace and defense; agriculture and natural resources; biotechnology and biomanufacturing; energy and resilience; healthcare and digital health; computer science; transport; construction and logistics; and water and the blue economy.

CenterState Chief of Staff Benjamin Sio said that while the proposed projects were not required to support established industries in the region, they made the decision to focus on investing in existing industries.

“We were very intentional in saying that we believe that EDS [Economic Development Administration] wants to invest in things that aren’t just flashes in the pan,” says Sio. “It’s something we’ve been working to make a reality for quite a while.”

Seven of CenterState’s eight proposed economic development projects – including one in Oswego County and three in Onondaga County – are intended to build on existing projects and industries, some of which have been underway for much of of the last decade.

The only new project is an Advanced Manufacturing Training Consortium, which would bring together educational institutions and other organizations across multiple counties to create a labor pool for in-demand occupations. And even this project would build on the existing work of the colleges and bring together the success they have had individually.

Although most of the proposed projects would support existing industries and have been on the drawing board for some time, the economic development competition provides an opportunity to bring them to fruition much sooner than would otherwise be possible, Sio says.

“These projects are very present in the mind of the public,” he says. “They’ve been announced, but we’re filling in any funding gaps they might have and making them happen.”

The eight projects proposed in CenterState’s application include:

• White Pine Business Park: Economic development officials tried to lure a semiconductor chip maker to the 1,200-acre site in Clay. The application indicates that two semiconductor manufacturers plan to build a factory there. $25 million in federal grants would support $45 million in infrastructure improvements at the site. The project would potentially become the largest manufacturer in the region.

• Oswego County Industrial Park: $7.5 million would support a $10 million, 200-acre expansion to the site to attract supply chain businesses for the semiconductor industry. The goal would be to create 500,000 square feet of manufacturing space in the first 10 years. As many as 500 jobs would be created at the industrial park, located in the town of Schroeppel in southern Oswego County.

• Downtown innovation hub: $7 million would help a $46.5 million expansion of CenterState’s Syracuse Tech Garden high-tech business incubator. The new Center City Innovation Hub will be designed to attract startups that can benefit from its specialized range of services and resources. It will also house the New York State Center for Smart Cities, serving as a test site for smart city technology and a data hub for Syracuse.

• New York UAS Test Site: The federal funding would contribute $12 million to a $20 million project to expand and make critical upgrades to the Rome drone test site operated by NUAIR Alliance. SUNY Upstate Medical University would also partner with NUAIR to launch a program performing drone flights at the request of the Rochester Regional Blood Bank at the Upstate Cancer Center in Syracuse.

• Intelligent Systems Cluster Advanced Manufacturing Training Consortium: $8 million in federal dollars will support the $9.6 million consortium project, which will bring together educational institutions, industry groups and community organizations from multiple counties to create a labor pool for professions at the demand of intelligent systems.

• STEAM School at Central Tech: The long-vacant Central Technical High School in downtown Syracuse would be renovated and house the state’s first regional high school focused on science, technology, engineering, arts, and math. The school would be accessible to all 25 school districts in the OCM BOCES district. $10 million in federal funding would go to the $85 million project.

• Research and infrastructure in quantum computing: $10 million would support a $12 million investment in quantum computing research. The Griffiss Institute, along with Syracuse University, would accelerate research in quantum technologies, entrepreneurship, and commercialization. Other partners would scale up and integrate quantum leads into community STEM programs to build a more diverse workforce.

The finalists will participate in the second phase of the challenge. Ultimately, 20 to 30 regional coalitions will receive up to $100 million to implement three to eight projects that support an industrial sector. The deadline for the second phase is in March and the award announcement is expected in the fall.

Featured image: Artistic rendering of the Center City Innovation Hub in Syracuse, one of the proposed projects that can become reality.