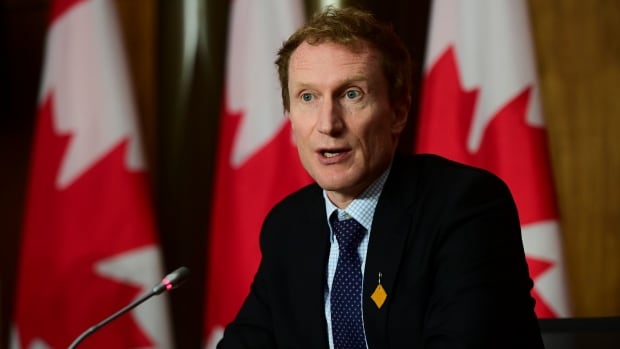 In its recent economic statement, released earlier this month, the federal government committed $ 40 billion to first nations child welfare. The government has set aside the money to cover the cost of resolving a Canadian Human Rights Tribunal order and class actions related to the First Nations child welfare system on reserve, and to fund long-term reforms of the system.

Crown-Indigenous Relations Minister Marc Miller said at the time the amount was not final and that “very fragile discussions” were still “ongoing.” The federal government said the money should be divided, with about half going to compensation and the rest to reforms.

The dispute revolves around federal funding for the child welfare system on reserve. It all started in 2007, when the Assembly of First Nations (AFN) and the First Nations Child and Family Caring Society filed a complaint with the Canadian Human Rights Tribunal alleging that the system was flawed and discriminatory against First Nations children.

The court issued a ruling in 2016 finding that the federal government had discriminated against First Nations children by underfunding the child welfare system on reserve. He ordered the government to pay compensation of $ 40,000 to each child affected by deficiencies in the child welfare system on reserves since at least January 1, 2006, until a date to be determined by the court. .

A federal court upheld the ruling this year. The government has appealed, but that appeal is on hold while negotiations continue.

The parties to the dispute, which include the federal government on one side and the First Nations Child and Family Caring Society and AFN on the other, have agreed to negotiate until the auto deadline. -imposed from December 31.

In emails to CBC, the parties said they were still in talks.

“Negotiations with Canada on the details of the compensation agreement are underway,” Cindy Woodhouse, AFN regional chief for Manitoba, said in a statement.

“We remain optimistic that we will achieve a settlement that will benefit the thousands of Indigenous children and families who have been negatively affected by the child welfare system, and that will allow the system to be overhauled so that the tory does not continue to repeat itself for our Indigenous families and communities. “

Cindy Blackstock, executive director of the First Nations Child and Family Caring Society, told CBC in an email that she had no update on the state of negotiations.

A spokesperson for the Indigenous Services Department told CBC News he could not comment on the negotiations.

“Like announcement On October 29, 2021, the objective of the discussions is to reach a comprehensive resolution on compensation for First Nations children and long-term reform, ”the statement said.

“As these negotiations are still ongoing, we cannot comment further but hope to provide updates in the near future.”

A representative for former Senator Murray Sinclair, who is chairing the negotiations, declined to comment.

Neither party has indicated they will return to court now that the deadline has arrived.

Miller said there are still many issues to be addressed.

“There are cost issues, there are issues of sorting out between the parties what this appropriate distribution of compensation is, and moving forward on a number of issues that are close and dear to the parties”, Miller said at a press conference earlier this year.

Miller credited Sinclair with keeping the talks from falling apart.

Blackstock said following the government’s appeal in October that if a deal is not reached, the First Nations Child and Family Caring Society will participate in expedited court hearings into the case.

“What we’ve said is we’re ready to press pause, but you’ve got to accept an accelerated hearing schedule if we get into this room and it looks like you’re not going to stop the discrimination and we don’t. can’t come to an agreement, ”she said.