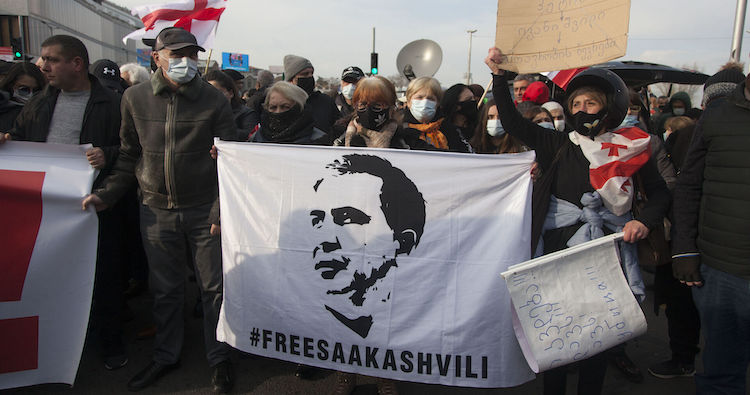 Former Georgian President Mikheil Saakashvili, who is serving a prison sentence for abuse of power, announced that he had completed “work on the country’s economic development plan,” said Giorgi Botkoveli, member of the opposition party United National Movement (UNM).

Saakashvili initially publicly announced the existence of the project on January 5.

[Saakashvili] has already completed the [work on] economic plan and will present it himself in person very soon. He also has a lot of messages for his comrades and we will talk about all of this at [an upcoming] meeting, ”Botkoveli said.

The ruling Georgian Dream party claims that the ex-president and the UNM “have distanced themselves from their own constituents”.

Opposition Citizens Party MPs Levan Ioseliani said Saakashvili’s actions are “inconsistent and frivolous”, noting that several days ago “he was tortured and is now working on a plan.”

The ex-president was recently transferred to Rustavi No. 12 Prison on December 30 following treatment at Gori Military Hospital due to a hunger strike he began on the day. of his arrest on October 1.

Saakashvili, a Ukrainian citizen, was convicted of abuse of power in two cases in absentia in 2018 and is currently serving his six-year prison sentence following his return in October from eight years of political exile.