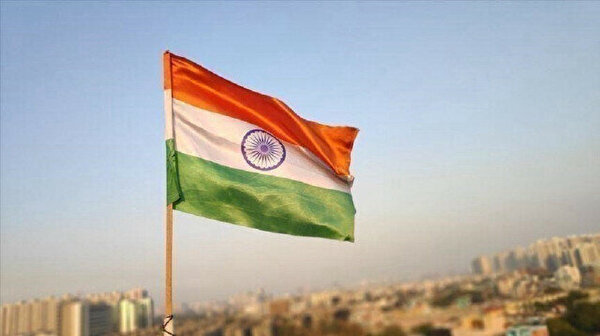 As the Indian government prepares to present its annual budget to parliament early next week, experts have called for an increase in welfare allowances for minority communities to enable them to progress horizontally with other groups in the country.

A report recently released by the New Delhi-based Institute of Policy Studies and Advocacy said that in previous years the government had not allocated enough funds for minority welfare, as requested by the Ministry of Minority Affairs.

Speaking to Anadolu Agency, Jawed Alam Khan, who led the report writing team, said a large portion of religious minorities in India are lagging behind in development indicators due to lack of proper budget. .

“The minority budget represents 0.14% of the total Union budget in 2021-22, while religious minorities constitute nearly 21% of India’s population,” he said.

Niyaz Farooqui, secretary of Jamiat Ulama-i-Hind, India’s largest Muslim socio-religious organization, told Anadolu Agency that there should be special attention to minorities as recommended by various committees officials over the years. He said Muslims in particular lag behind in education.

“The allocation of funds to minorities should be based on population and how far behind they are. If minorities stay behind in such a populous country, the country will not progress and will not move forward,” he said.

In 2005, then Indian Prime Minister Manmohan Singh appointed retired judge Rajinder Sachar to investigate the social, economic and educational status of Muslims in the country. The report revealed that the literacy rate and other social indicators among Muslims were below the national average. According to its findings, a quarter of Muslim children between the ages of 6 and 14 had never attended school or had dropped out of school.

Syed Zafar Mahmood, who was also a member of the committee, told Anadolu Agency that they found that Muslims were lagging behind lower caste Hindus called Dalits or scheduled castes.

“Therefore, for minorities, the central allocation in the annual budget should be at least 1 trillion rupees ($13.31 billion),” he said.

Another report on the condition of minorities was submitted by the National Commission for Religious and Linguistic Minorities headed by another retired judge Ranganath Mishra in 2008, two years after the Sachar Committee presented its report.

“We are now in January 2022 and since 2008 there has been no nationwide survey to measure the socio-economic and educational status of the Muslim community or other minorities in India,” Mahmood said, who is also a former Indian bureaucrat.

– Need for an equal opportunities commission

He said that during the interregnum, three state-level reports were submitted in the provinces of Maharashtra, West Bengal and Karnataka.

“A reading of it suggests that since 2006 (when the report of the Sachar justice committee was submitted), the social, economic and educational status of the Muslim community has not improved in these three states,” said- he declared.

He said there was a need to appoint an equal opportunities commission to ensure that social protection measures extend equally to all communities.

Dismissing the impression that few funds are allocated to the upliftment of minorities, the Ministry of Minority Affairs said in November last year that its budget had been increased over the years. The ministry said that in the financial year 2013-2014, it received 31.3 billion rupees ($417 million), which was increased to 50 billion rupees ($640 million) in 2021. -22.

2022-01-29
Previous Post: Management Software for Wellness Market to Witness Propulsive Growth During COVID-19 Pandemic – Exclusive Business Forecast and Future Opportunity Report 2022 to 2028
Next Post: The Other Guy l To stimulate economic development, the county must encourage it | Columnists