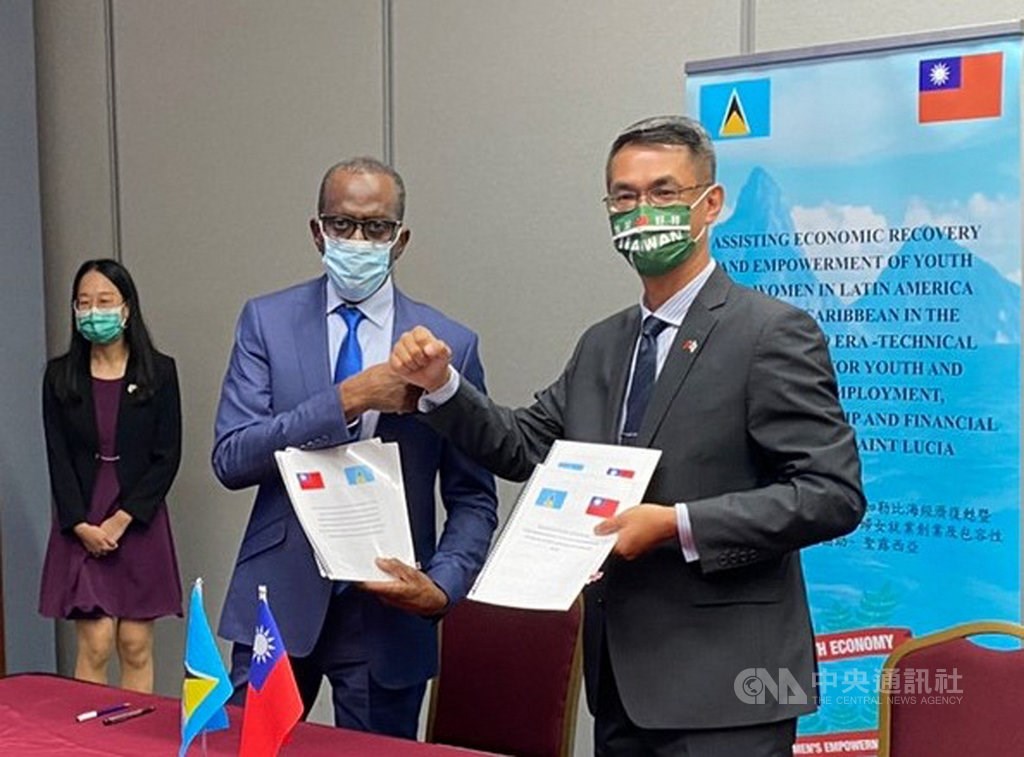 Washington, November 22 (CNA) Taiwan and Saint Lucia have signed an agreement to boost entrepreneurship and youth employment among the younger generation in this Caribbean country in the post-COVID-19 era.

Taiwanese Ambassador to Saint Lucia Peter Chen (陳家彥) and Prime Minister of Saint Lucia Philip J. Pierre on Monday signed the letter of intent in the Caribbean nation that pledges 5.42 million Eastern Caribbean dollars ($ 2 million) in support of the “Youth Economy” led by the Prime Minister.

The agreement facilitates “the transformation of leisure into entrepreneurship and business skills by providing finance, training, marketing and mentoring to young people seeking self-employment,” the government of Saint Lucia said in a statement.

At the signing ceremony, Pierre thanked Taiwan for keeping its promise to help the youth and women of Saint Lucia.

“The youth economy is a step in the pursuit of a dream of creating a new economy based on technology, innovation and entrepreneurship where young business people will be participants and not mere observers”, said Pierre.

“Through building the capacity of aspiring entrepreneurs and improving business and employment as well as training opportunities in the post-pandemic period, Taiwan hopes to help dreams and aspirations become real assets and goals. and practical, ”Chen said.

The government of Saint Lucia said the signing ceremony signaled the Pierre administration’s commitment “to creating an economy for young people.”

Saint Lucia is one of Taiwan’s 15 official allies in the world at a time when Beijing has stepped up pressure to diplomatically isolate Taipei.

(By Chiang Chin-yeh and Frances Huang)

2021-11-23
Previous Post: The safety and well-being of sanitation workers must be addressed urgently
Next Post: The Parents and Elderly Welfare Amendment Bill can be discussed in the winter session