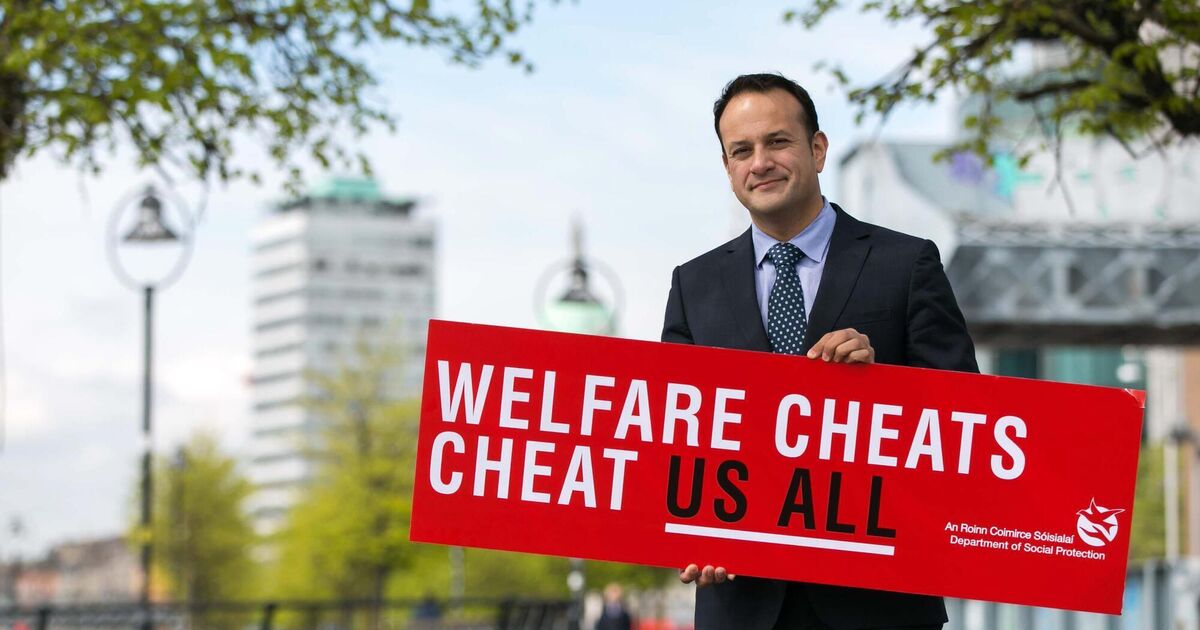 The Department of Social Welfare, which delivers state welfare benefits to those in need, places great importance on its fraud prevention capabilities.

The infamous 2017 campaign, led by Leo Varadkar, claimed Welfare Cheats Cheat Us All and trumpeted that anti-fraud measures within the Department create €500 million in savings every year.

This figure of 500 million euros came to me earlier this year while reading The smartest guys in the room – the story of how the energy conglomerate Enron blew a gigantic hole in the US economy by going bankrupt at the end of 2001.

It turns out that the company had essentially been making up profits (many billions) for years by changing its accounting practices to focus on assumed future profits, as opposed to reality.

The Welfare Department’s approach to catching welfare fraud isn’t directly comparable – they don’t commit fraud to begin with – but the fact is that the figure of 500 million euros was and is basically nonsense.

These savings are of the “control” type, that is, they correspond to the estimate of the avoided fraud that would occur if the Department were not aware. How these estimates are formulated is another story.

Nonetheless, the Department’s point is valid – without its watchful eye, those who seek to abuse the system would run amok.

The term used in a recent cost-benefit analysis to describe the savings that the PSC has contributed – so much so that the Department believes the card has now yielded more than it cost – is “counterfactual”.

Immaterial in other words.

Meanwhile, the summer of 2020 produced stories of Department social fraud inspectors stationed at Dublin Airport to ensure people on Pandemic Unemployment Pay did not leave the country.

And the Irish Examiner has previously reported on the questionable practices of claims investigators in cases of single mothers, ransacking flats and going through underwear drawers “with a fine-toothed comb”.

Be that as it may, despite the Department’s vigilance at the highest budget of any state service – a whopping €23.3 billion for 2022 – benefit fraud still occurs.

We know this because sometimes people are prosecuted for such offences.

This week, one such case made headlines, notable for being apparently the “largest and longest-running social fraud case in state history.”

He continued the subterfuge for those 33 years without ever suspecting.

The way he was caught was almost as remarkable, bordering on macabre. His father, who died in 1987, would have turned 100 in 2020, a milestone that usually commands a small financial gift from the president.

After claiming that he was indeed still living with his parents and that his father wanted to claim his centurion bonus, things quickly followed for Mr. O’Callaghan.

A few months later, Gardaí managed to locate the graves of his two deceased parents. He now faces three years in prison and has admitted he has a gambling problem.

With a fraud prevention system as advanced as the one we have, how could a young man pass himself off as not one but two retirees once a fortnight for more than three decades?

You should regard Mr. O’Callaghan’s case as an anomaly to some degree – for his crime was so improbably audacious that most people would never even consider it.

Then again, how did he manage to evade detection for so long?

A spokesperson for the Department of Social Care said it “recognizes that this case is one of the most serious cases of fraud” detected in some time. They added that the fraud was only discovered following a departmental investigation.

They said that the DSP has pension monitoring processes in place “to detect fraudulent encashments”, and that deaths are also monitored, but that generally pensions “present a low risk compared to suspicions of fraud” representing only 1% of cases in 2020.

Anyway, this bizarre case should at least be a lesson in humility for the ministry.

Better not trumpet huge theoretical fraud savings when the reality is happening right under your nose.