$950,000 for the Westminster Economic Development Initiative

Exterior rendering of the West Side Bazaar courtesy of Congressman Brian Higgins’ office.

Congressman Brian Higgins joined the Westminster Economic Development Initiative (WEDI) on Monday to announce $950,000 secured by the congressman in the 2022 federal budget for the West Side Bazaar expansion project.

“Small businesses, including those operated by Western New York’s immigrant and refugee population, enrich our community culturally and economically,” Higgins said. “This federal funding secured for WEDI will be critical to the completion of the West Side Bazaar expansion project, which will allow the organization to serve more promising and traditionally underserved entrepreneurs in the western community. from New York.”

Higgins’ team said: ‘The West Side Bazaar is a small business incubator where new and aspiring entrepreneurs can test restaurant and retail concepts and learn the fundamentals of running a business. . It also serves as a community gathering space where people of all races, ethnicities, and socio-economic backgrounds can share their love for culturally unique food and produce. The bazaar has food stalls offering Burmese, Chinese, Ethiopian, Japanese, Malaysian, South Sudanese and Thai cuisines. It also has retailers selling items inspired by the cultures of the lands of Africa and Asia where they were born.

Carolynn Welch, Executive Director of WEDI, said, “The WEDI Board and staff are grateful for Congressman Higgin’s commitment to the entrepreneurs who enrich our community and contribute so significantly to our local economy. . The rich diversity of food, languages ​​and personal stories is what draws visitors and media from across the country to visit the West Side Bazaar. We are thrilled to partner with Congressman to make the new, expanded bazaar a reality. 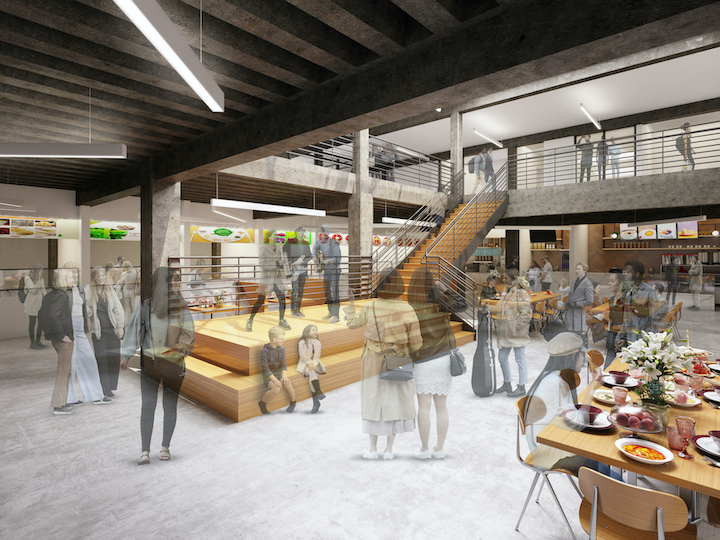 Artist’s rendering of the interior of the future West Side Bazaar at 1432 Niagara St. (Courtesy of Congressman Brian Higgins’ office.)

WEDI plans to expand the West Side Bazaar from its current 3,200 square foot location on Grant Street in Buffalo to a renovated 16,500 square foot historic factory building on Niagara Street. The new West Side Bazaar will offer more stores with a wide variety of eclectic imports and professional services. WEDI also plans to increase the number of small businesses housed in the bazaar from 12 to 24, and seating will increase to nearly 200 over two floors.

Community project funding secured by Higgins as part of the fiscal year 2022 budget will equip the new West Side Bazaar with modern kitchen spaces for preparing, serving and storing food for the popular international food court.

Higgins’ team said, “The new kitchens will allow typically overlooked and underprivileged, but aspiring restaurateurs to start businesses and build their own brick-and-mortar establishments.”

Again, the Congressman’s office said, “As a community development financial institution, WEDI is a trusted local leader in helping entrepreneurs gain the skills, knowledge and network needed to run a business. prosperous and sustainable. By providing microloans to aspiring entrepreneurs who do not have access to traditional financial institutions, they are helping to uplift underserved communities and strengthen our local economy. Their expansion efforts at the West Side Bazaar will allow them to help more minority-owned small businesses grow from the ground up.

To learn more about WEDI and the new West Side Bazaar, visit https://www.wedibuffalo.org/.

2022-05-09
Previous Post: Dating: 100% free and secure sites
Next Post: NLC urges FG to prioritize the well-being of nurses and midwives