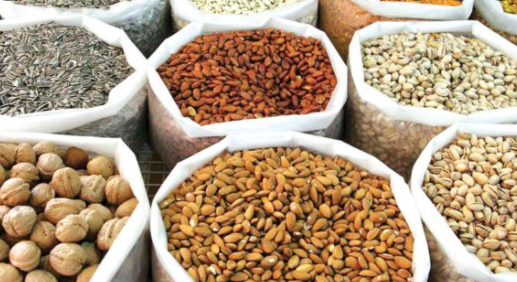 Africa: Stuck in the throat between trade and economic development

I recently did quite a bit of research on the subject of international trade for Africa. The received wisdom for developing countries is that they must trade their paths towards economic development. Not that they have much choice in the matter. Developed nations have drawn the line in the sand and everyone must comply or die. But there must be reasons why we remain underdeveloped despite trade. And indeed, we have struggled to trade for decades now. We joined the World Trade Organization in 1995 when China – strategic as it was – was trading body shots with the West and only joined in 2001 when it was sure it could play the game of globalization. Not for China to be ruled from the nose like most African nations are. I have listened to three top economists who have worked at the World Bank, the United Nations and the WTO in recent days and they insist that geopolitics was a major factor in our quest for development and that many of what some call conspiracy theories are indeed not mere theories but reality. We simply will not develop according to the prescriptions of these international agencies. We must find our own destiny and chart our own paths.

I was not one of the most enthusiastic when Dr. Ms. Ngozi Okonjo-Iwealla sought and eventually landed the top job at the WTO. I then wondered why she was switching from pursuing work at the World Bank to the WTO. I knew some of the problems with the WTO and suspected that she would be frustrated with the system. Our own daughter leads the WTO but to what end for us as a people and as a whole continent? Is it just the feel-good factor? Some of the issues that remain immovable at the WTO include the inactivity of their appeal unit, the stalemate around fishing (that powerful countries, despite having the ability to fish in international waters, to the detriment of smaller and weaker nations, are trying to write the rules to favor each other and thwart the push of smaller nations), e-commerce (where developed countries have enjoyed an incredible advantage since the 1980s), the showdown between the United States and China according to Chinese social capitalism and their protection of aggressive companies making inroads into developing countries, and the use of national security as an excuse to protect sectors by developing countries while China still claims to be a developing country. That we have “our daughter” at the head of the WTO is not enough. We should really ask ourselves what is in the trade for us?

My main concern is what we trade? I look at Nigeria’s annual exports and they are largely dominated by crude oil and gas (for which we barely get 30% after international oil companies deduct most of the revenue for their technology and expertise). The rest is made up of agricultural products in their raw form. If we save a few billion dollars from oil and gas (which is too little for our needs), we save less than $500 million in revenue per product on the other exports we produce – cocoa, sesame, shea butter / nuts, ginger, soy, yam, cassava and the rest. Since we gained independence from the British in 1960, we haven’t been able to get started. We are still a primitive commodity economy, competing in the same world as the most sophisticated countries that now produce 5th level goods and services. Of course, looking at the other side of the balance sheet, our major – annual – imports are technology and machinery. Everyone carries around a phone, laptop or tablet these days. Some proudly wear several and Nigerians use the most expensive gadgets in the world for which they pay cash. No one else in any part of the world does. A closer look at our import products shows that we are importing billions of dollars worth of food, pharmaceuticals, clothing and other commodities that we should be trying to manufacture ourselves, totally negating the little that we manage to obtain via these agricultural products that I mentioned earlier.

In fact, a quick look at the agricultural products traded around the world – from cereals to fruits, meat, dairy products, oils, to timber, shows that we only participate in less than 20 products out of at least 1,000 possibilities. and while we are between first and fifth on listed commodities (ginger, cocoa, sesame, sorghum, etc.), we are quickly losing ground, and doing absolutely nothing to even consolidate our positions. For example, none of these products are specifically incentivized as we say, rice. Or maybe the incentives just aren’t enough. We need to do a lot more. And we have to challenge ourselves to expand to the other 980 agricultural products after all, we barely used 30% of our arable land. I say that we even do very badly in the area of ​​agriculture. Thus, we can also be considered a group of lazy people. Moreover? We are not innovating in agricultural products and so many countries around the world are producing better and cheaper alternatives. This is because our academia is detached from the reality on the ground. This is why we have lost ground in cocoa production to now rank fifth after Côte d’Ivoire, Ghana, Cameroon and Ecuador. In fact, many agricultural products from Nigeria now have to be exported via Ghana (such as cassava, yams and hibiscus flower) because our people are known to always bend the rules, exporting moldy produce or failing phytosanitary conditions by applying the wrong chemicals to their agricultural products or stored in an unapproved manner. We have a serious problem with regulation or lack thereof. We are busy digging our own graves as a nation.

And so, I thought about what we could do to try to change the situation. Could we possibly – as they have tried to do in Ghana – promote the establishment of cottage industries and aggregators of these agricultural products (including agricultural products that we have not even tried to begin to optimize such like apples, strawberries and carrots grown in and around Jos for example) so that we create industries that add value to these products and preserve them in areas where they usually waste and rot? Can the government encourage such people to intervene in many sectors today? The challenge will of course be how to have honest entrepreneurs who will be able to stay the course, plus the fact that since we do not produce any technology, we may have to import all the equipment necessary for the transformation and preservation of these products? There is also the fact that – going back to the politics of international trade which is itself a bloody contact sport – countries like ours are not encouraged to add value to products before exporting. Our processed products are further discriminated against around the issue of standards, but only value-added products can command the kind of dollar volumes we urgently need for our survival right now. But if we are adding value why can’t we try to sell most of what is produced here in Nigeria after all we have a large population which can boost domestic investment?

I look at our own cultural, industrial and productivity revolution. These ideas may have flaws here and there, but it’s better than remaining a sitting duck, a dumping ground and eroding our children’s future by relying on borrowing when we should be very worried about the imbalance in our productivity. If we are able to conceive an idea around this and get started, we can surely stop the bleeding of our hard-earned dollar resources and bring about an increase in productivity and innovation. An annual growth rate of 15% should be achievable.

I attach herewith the ranking of the top five producers of almost all cash crops in the world. Look for our green-white-green flag. You will find that we haven’t even started. 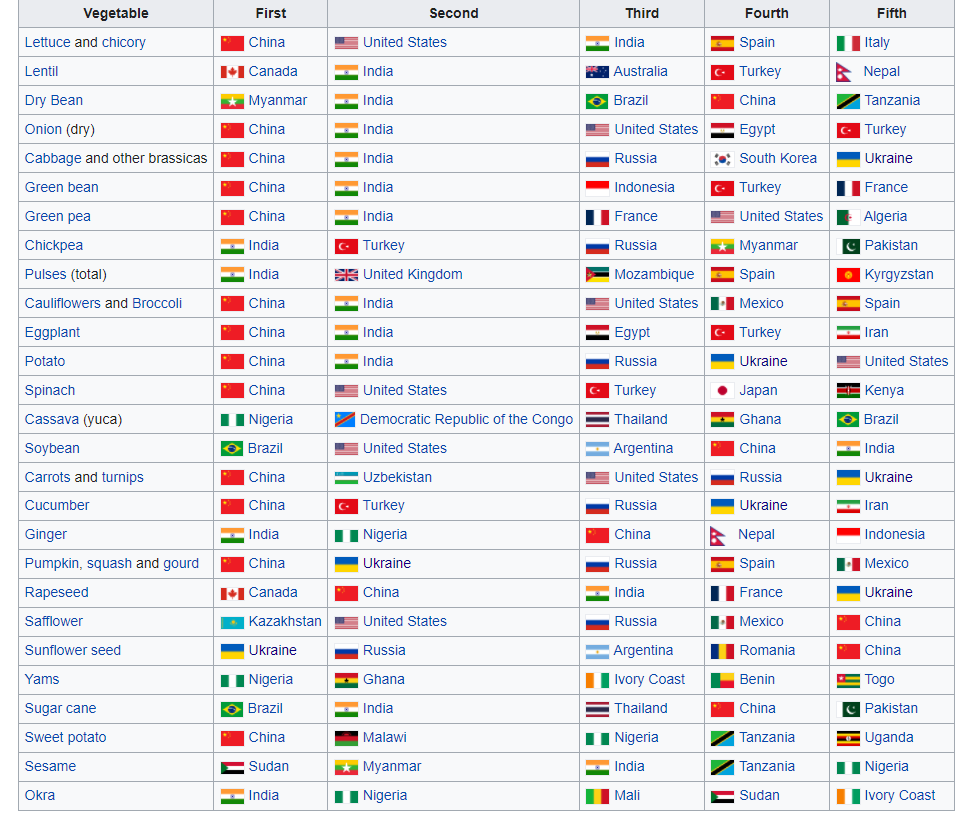 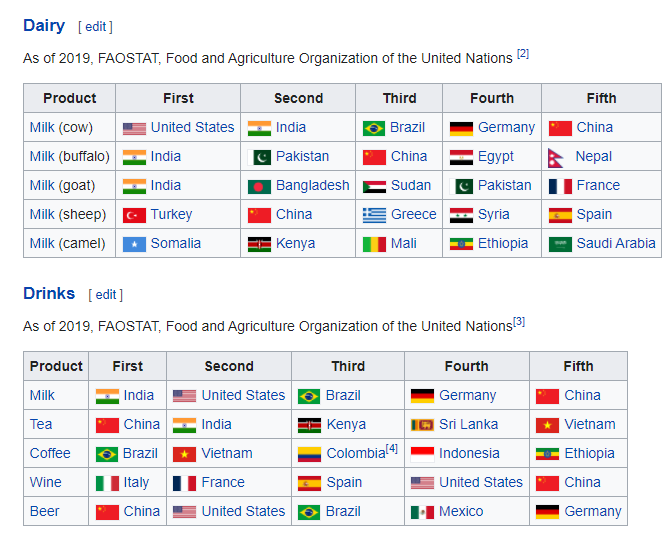 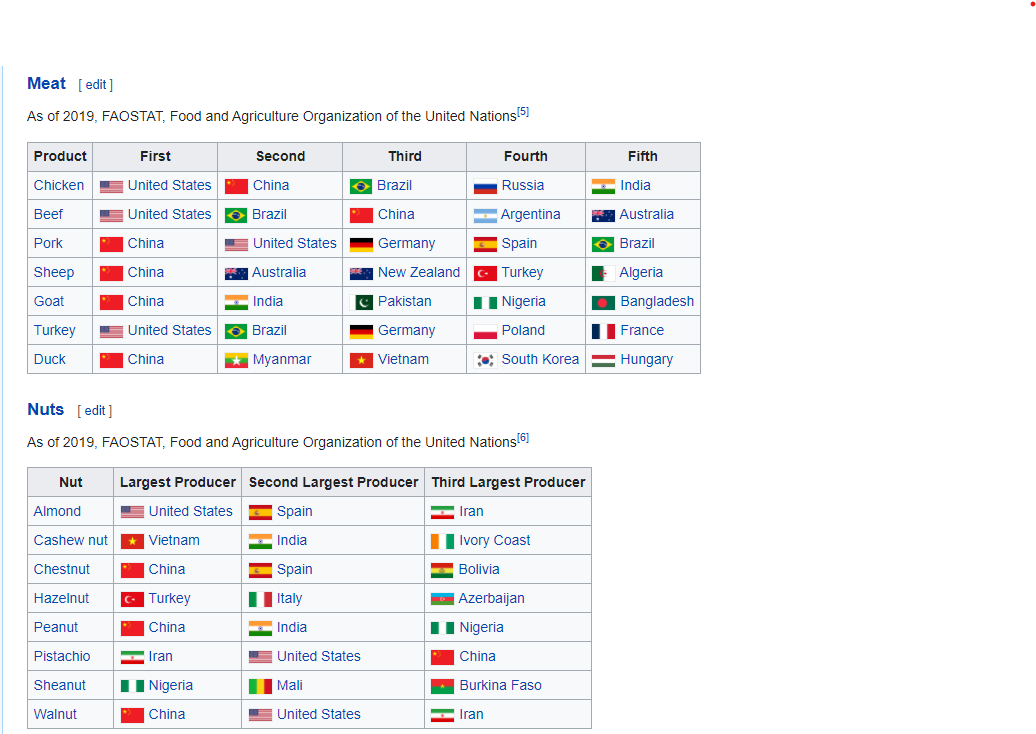 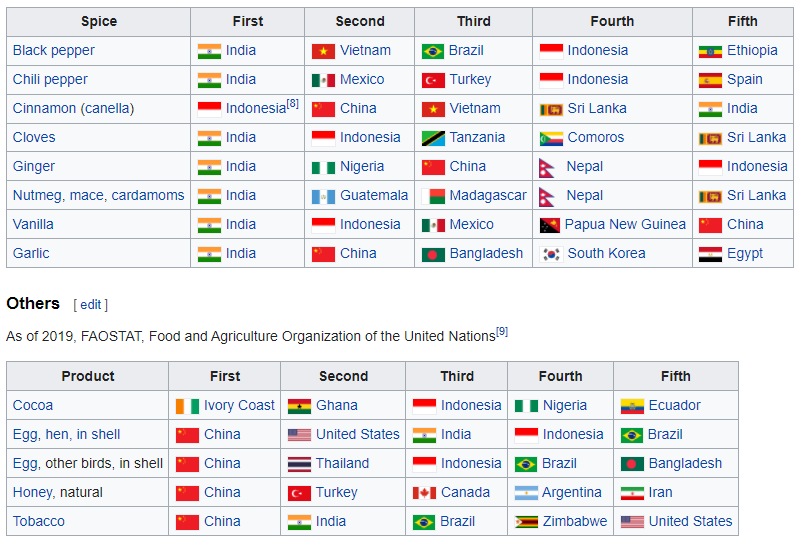