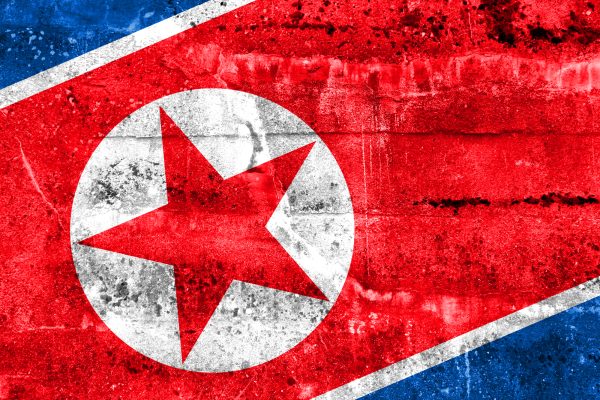 As a central tenet of North Korea’s ideological foundation since its inception, the class struggle has defined the paradigm of economic development in the DPRK in each generation of the Kim regime. Even now under President Kim Jong Un, the possibilities of lifting economic sanctions or normalizing diplomatic relations are ultimately untenable as long as this paradigm remains intact. The crux of the impossibility of the two policy changes is that they cannot provide Kim with the means to achieve the economic development and denuclearization necessary to secure the sovereignty of the DPRK beyond Kim Jong Un’s tenure. For the DPRK to survive, Kim must actively pursue a viable exit strategy centered on a paradigm shift where class struggle is no longer North Korea’s ideological foundation.

Both nationally and internationally, the class struggle is preventing North Korea from integrating into the global economy. As domestic policy naturally extends to foreign policy, the class struggle demands bellicose interference in the internal affairs of other countries where states allow private ownership of the means of production.

In the paradigm of class struggle, peaceful cooperation and coexistence with other socio-economic systems is impossible because neither non-intervention nor the recognition of state sovereignty is compatible within the framework of a fundamentally belligerent foreign policy. Moreover, a hostile foreign policy requires military force (which the DPRK has found in nuclear weapons) in order to justify a hostile foreign policy. Therefore, as long as the class struggle persists, nuclear disarmament and the economic opening of North Korea are incompatible. Moreover, even if the DPRK renounced nuclear weapons, the class struggle would still demand compensation for this loss with a further increase in military spending beyond the already staggering 22% of the DPRK’s GDP.

As a country whose finality is defined by the ideology of class struggle, North Korea remains trapped in an economic system of extensive growth (where growth derives only from inputs). For Kim Jong Un to establish a system of intensive economic growth (where growth stems from innovation and competition), which will provide the necessary stability and justification for the DPRK to dismantle its nuclear arsenal, the class struggle must be abolished. The broader political implication of this reality is that rapid and sustained economic development is the only way Kim can escape the quagmire of unsustainable hostile rhetoric and collapsing nuclear policy.

Learn about the story of the week and develop stories to watch from across Asia-Pacific.

Like other socialist states which have failed to achieve economic development, the DPRK economy is an extractive system which is defined by five characteristics: the state actively pursuing the dictatorship of the proletariat and the class struggle; nationalization of the means of production; central planning; bureaucratic control mechanisms; and totalitarianism. As a closed economy, these elements explain why the DPRK economy is dysfunctional and incompatible with world markets. With China being its only major trading partner, North Korea is at the mercy of fluctuations in the Chinese market exacerbated by an unfavorable trade imbalance, especially since the DPRK only manages to produce low value-added goods, such as coal, minerals, fish and textiles.

With an already distorted and dysfunctional economic system, the hard march of the 1990s forced the North Korean state to tolerate some degree of private enterprise via commodification from below in order to avoid more starvation deaths. Over the past decade, Kim Jong Un has continued this trend by enabling the rise of jangmadang (black markets) and unofficial private companies through “benign neglect”.

In making its own way, the underground economy has hijacked state power and control. By allowing commodification from below, state control over the production and distribution of goods has been significantly undermined, leaving the declining economy in an even more perilous position. Yet, as long as the class struggle remains a fundamental tenet of the Kim regime while the state simultaneously allows private businesses to operate outside the law, the state cannot regulate businesses or levy taxes. which hinders capital formation. These ideologically imposed barriers between the public and private sectors hamper any sustainable economic development.

Even in the event that Kim attempts to pursue some sort of political or economic opening up, any attempt will be pointless without radical market-driven economic reform. Since economic reform is a prerequisite for economic openness, Kim must implement the principles of market economy if he is to bring about effective change in North Korea. At the heart of market economy reform is privatization. Without private property, the state remains totalitarian in nature as it controls all aspects of the national economy, preventing companies from competing, innovating and efficiently reallocating resources while attracting foreign investment.

Market-oriented economic reform and integration into the global economy are essential for economic modernization, which is essential for North Korea’s survival and its transformation into a vibrant and prosperous country. The economic modernization project provides for private enterprise, a free labor market and economic freedom as well as plans for infrastructure, institution building and human resource development that will be fueled by foreign direct investment. For such an ambitious plan to be realized, the five stakeholder nations of Russia, China, South Korea, Japan and the United States must conclude an agreement that includes the normalization of relations, the signing of treaties. peace and non-intervention, and the creation of an economic development fund.

To ensure that North Korea successfully overcomes the shocks of its transition to a market economy, it needs a tangible development fund so that Kim Jong Un can safeguard the integrity of the DPRK. Kim can encourage the participating countries to secure the fund. Stakeholder countries must coordinate an economic development fund that is large enough and will last long enough to lay the groundwork for North Korea’s economic modernization – $ 300 billion over 10 years to boost an average annual GDP growth rate of ‘at least 10%. . Then North Korea must fend for itself without continued help.

North Korea is currently on the brink of a dangerously steep precipice. Unless Kim pursues an ideological and economic paradigm shift within a framework shared with other stakeholder countries, the DPRK will inevitably collapse, resulting in tragedy as a humanitarian crisis of catastrophic proportions unfolds.

2021-12-11
Previous Post: How does government welfare compare to private charities? It is not a competition.
Next Post: “Center, state government working for the well-being of young people and farmers” | Lucknow News