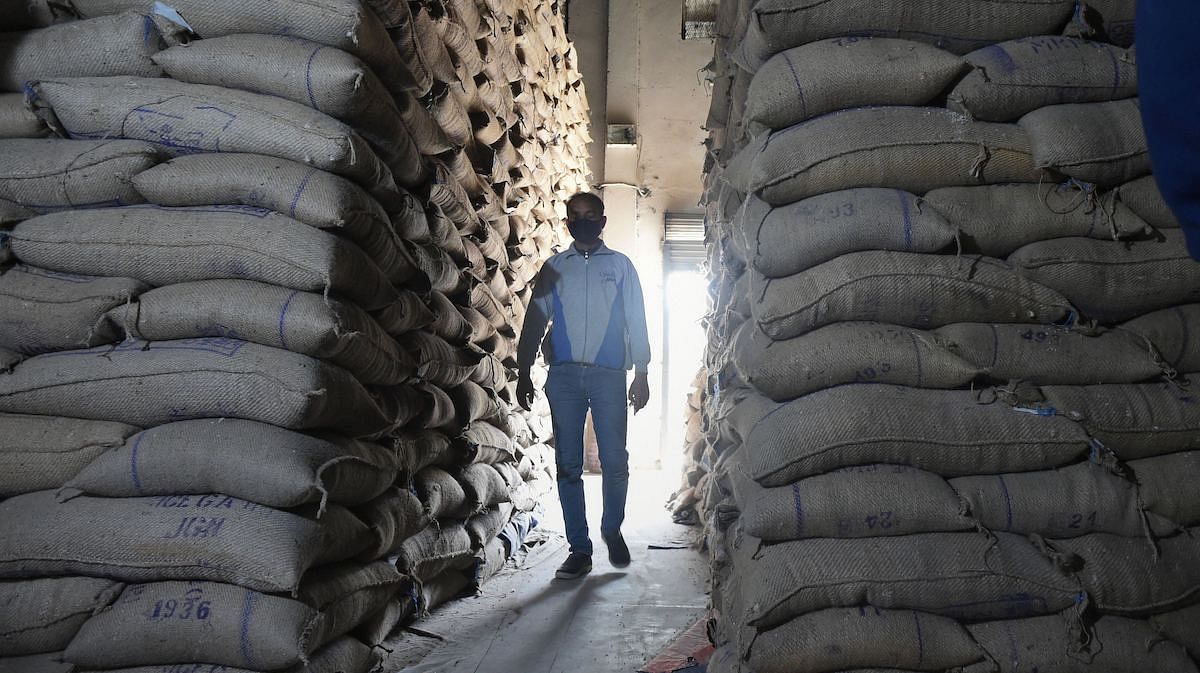 Does India have enough rice for social programs and ethanol? What the government lacks

JThe Narendra Modi government’s decision to ban the export of wheat was followed by several other measures aimed at conserving stocks, which were expected to run out in 2022-23 due to lower purchases in the central pool, continued Pradhan Mantri Garib Kalyan Anna Yojana until September, and the possibility of exporting 5 million tons. The wheat allowance was replaced by rice, even in the predominantly wheat-consuming states. But how long will Indian rice stocks last? We’re looking at its availability in 2022-23 and beyond.

In October 2015, the Modi government abolished the collection of levies from rice mills because there were fears that rice mills would not pay the minimum support price (MSP) to farmers. Levy was a system by which the millers procured farmers’ paddy. They were obliged to donate up to 50 percent of the rice milled by them to government agencies for the public distribution system.

Andhra Pradesh and Telangana have made good use of this policy change and have established an efficient system of sourcing paddy directly from farmers. They have also adapted their infrastructure. Previously, these two states sourced rice largely by levying the 50 percent levy on rice milled by them. Andhra Pradesh increased its purchases from 40 lakh tonnes in 2017-18 to 57 lakh tonnes in 2020-21.

Telangana has provided water to farmers through the Kaleshwaram Lift Irrigation Scheme (KLIS) and affiliated projects. This encouraged farmers to engage in large-scale paddy cultivation, which resulted in a substantial increase in the area under paddy cultivation from 52 lakh hectares to 61 lakh hectares. Free electricity for agriculture has also encouraged farmers to go and cultivate rice. As a result, rice purchases in Telangana increased from 36 lakh tons in 2017-18 to 95 lakh tons in 2020-21.

The supply of rice from the Rabi crop (April to October) has also increased significantly after the Modi government increased the MSP of paddy by Rs 200 per quintal (increase of 12.9% for common paddy and 11.3 % for grade A) paddy in 2018-19. . This decision was made to respect the budget announcement of that year – setting the MSP of all crops at 50% more than the cost of the crop.

Read also : Cotton, other crops should not meet the fate of wheat. The government needs an empowered group

Is rice enough for social diets?

This year, the supply of rice in Rabi is about 44 lakh tons, compared to 66 lakh tons in 2020-21 and 80 lakh tons in 2019-20 in April and May. It is very unlikely that the total purchase of Rabi rice will reach the level of 135 lakh tons achieved in 2020-21. One of the reasons is the Telangana government’s advice to reduce paddy cultivation. The second reason is the decision of the Food Corporation of India (FCI) to restrict the supply of boiled rice whose demand under the PDS is much lower than that of raw rice. And the third reason is perhaps the unprecedented levels of actual and potential exports of non-basmati rice from India.

In the current KMS, due to the highest ever supply of 503 lakh tons of rice from the Kharif harvest (October to March), it seems that the supply in the whole KMS this year may still reach 560-580 lakh tons. This should reassure the government that it can still meet its current National Food Safety Act (NFSA) and PMGKAY requirements (until September).

Due to the decline in wheat purchases, the PMGKAY is not expected to be extended beyond September 2022. Thus, next year the government will be in a more comfortable position to meet the food grain needs of its programs. It is however assumed that there will be no natural calamity justifying additional allowances like PMGKAY.

Should rice stock be used for ethanol?

As of July 8, 2022, the area sown to paddy during the kharif season was about 23 lakh hectares less than last year. Then there is the specter of insufficient rainfall in some areas.

As of July 12, 2022, Odisha and Chhattisgarh have made up the rainfall deficit due to good rains for the past ten days. The rainfall deficit in Uttar Pradesh is about 61%. As a major paddy producer, UP’s production will depend on well-distributed rainfall. The high cost of diesel can also have a deterrent effect on paddy cultivation. Paddy plantings are lagging behind in Chhattisgarh, Madhya Pradesh, Odisha and Punjab. In non-irrigated areas, farmers choose other crops if the rains continue to be poor at the end of July as well. The culture in several areas of UP is already stressed. The total area under paddy is about 23 lakh tons less than last year.

Even in this uncertain environment of lower rice acreage, allocation to distilleries for ethanol continues. In the 2020-21 Ethanol Supply Year (ESY) (December to November), the government allocated 81,044 tonnes of rice from FCI stocks that met Food Safety and Standard Authority quality standards. of India (FSSAI). the rice allocation for ethanol is 12.92 lakh tons against which 3.79 lakh tons have already been withdrawn from the CFI. Distilleries get rice from FCI at Rs 20 per kg. The economic cost of rice is 42.93 rupees per kg. Making ethanol from heavily subsidized rice has become so attractive that by March 2022, 114 grain-based distilleries had been established with a capacity to make 270 million liters of ethanol. Also in the future, they will probably demand rice at such cheap rates.

If the monsoon rains are erratic and unevenly distributed, the government may not find it easy to pursue the allocation of rice for ethanol from FCI stocks.

The Modi government will do well to exercise caution in its management of rice stocks because no one can predict the impact of climate change. Using food grains for ethanol may be an undesirable long-term policy.