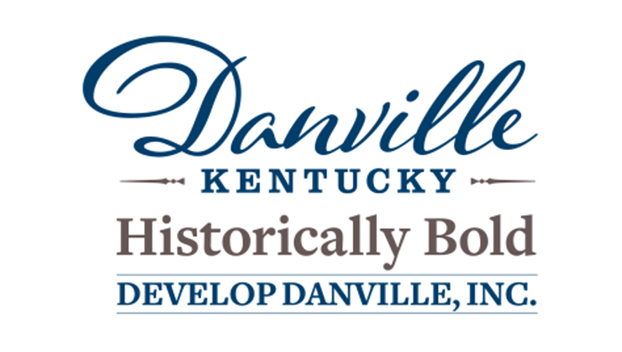 Economic development partnership to restructure into society – The Advocate-Messenger

With a new name comes a revitalized identity and a renewed focus on DE efforts.

Current board chairman Alan Turbyfill said the main reason for the restructuring was to make the EDP more efficient and give it a smaller board. The biggest change will be the reduction of its board of directors from 17 members to 10 or fewer.

The Chamber of Commerce, Convention and Visitors Bureau, Heart of Danville and Main Street Perryville are currently advisory partners who can each appoint a non-voting representative to the board.

Turbyfill said a smaller board will allow the organization to be more nimble and responsive in its decision-making.

The main partners will be the cities, the county, the Industrial Foundation and the new Economic Development Authority (EDA), which was founded last year for land acquisition and development. An advisory board will be made up of other partners, donors and volunteers to provide expertise and resources.

Turbyfill said they have yet to decide who will sit on the new board and are in the process of drafting new bylaws for the organization.

Economic development corporations are more common in cities across America. They are different in each city to meet their unique needs. Danville City Manager Earl Coffey said as Boyle County has grown and changed, so has its economic development needs.

“As a community grows, the things in it move,” Coffey said.

He said the county has changed from a rural community to a more urban community, with a density similar to Berea. The larger a city, the more the government is involved in economic development.

“As you get denser and more urban, you get a natural migration from volunteers with private investment to consolidated public investment as the population grows,” Coffey said.

Coffey said the city commission allocated its usual $200,000 to the EDP with the caveat that they are restructuring. The Boyle Fiscal Court, on the other hand, recently withdrew from the EDP, but will join when the new structure is in place.

Turbyfill said the main objectives of the EDP will not change like the EDC. Among other things, EDC will be responsible for marketing and recruitment of industrial and commercial and small business prospects, entrepreneurship programs and support, business retention and expansion, assessment and infrastructure development, workforce development, workforce housing and coordination of regional economic development. .

The EDC will likely have three full-time positions and one part-time position, like the EDP. Turbyfill explained that one of the reasons the EDP has been less effective in recent years is that it was never fully staffed with the three and a half positions.

So they went through a major restructuring in 2017 when Turbyfill joined the board. The change moved the EDP towards a public-private partnership and gave everyone a voice on the board. However, the board ended up being too big, hence the need for another restructuring.

“I think the biggest challenge is still working together,” Turbyfill said. “Partnerships are difficult, they require effort; you can’t just put everyone in a room and assume they’re all going to work together. If you have good, smart people, they have different ideas.

Economic development specialist Josh Gooch has been the only full-time IT staff member for about a year. He is the point of contact for any type of economic activity that comes to town, inquiries from developers and companies looking to come to town; he works with Board committees and provides administrative support.

Former EDP chairman Jody Lassiter left in August 2021 after 14 years in the role, and they had been unable to hire a new manager. They recently hired an interim manager, Terry Crowley, who will help with organizational changes and oversee staff until new regulations are in place and they find a permanent manager.

With a part-time administrative support person through the Chamber of Commerce, the most staff the EDP has had is two and a half years. Turbyfill said the new EDC must commit to filling this vacancy to be successful.

“EDP’s Workforce Development Committee has a lot of ideas and initiatives, but we really need more staff,” Turbyfill said.

The EDP did not want to hire a workforce development specialist until a new manager was on board, to ensure that person was supervised. But now that they have an acting manager, they advertise the manpower position.

Turbyfill said the new EDC will have a staff committee, so there is clear oversight of staff and they make sure they have the right staff.

Of all the public entities involved, the EDP is partly funded by private donors who want the community to succeed.

“We’re lucky in this community to have so many people who want to help, who want to contribute, who want to give their time and effort, and organizations who are willing to donate money, and that’s important. too,” Turbyfill said.

EDP ​​is currently planning its annual Economic Development Symposium in early September. It serves as training for all those involved in the organization, the community and elected officials, on current economic development practices and on what is being done elsewhere.

“With economic development, everyone wants it, but not everyone knows the elements; so what you’re trying to do is get everyone in a room to understand things together so people don’t hear different things, so we all hear the same message at the same time,” Coffey said. about the symposium.

“EDP has been successful in broadening the community involved in economic development, including local governments, and understanding the scale and complexity of a task, and getting everyone to work together, not always play well together , but everyone was focused on needing to do it together,” he said.

2022-08-15
Previous Post: OPINION: Why National’s attack on young people on welfare is such a strategic mistake
Next Post: Unions begin negotiations with FIIRO