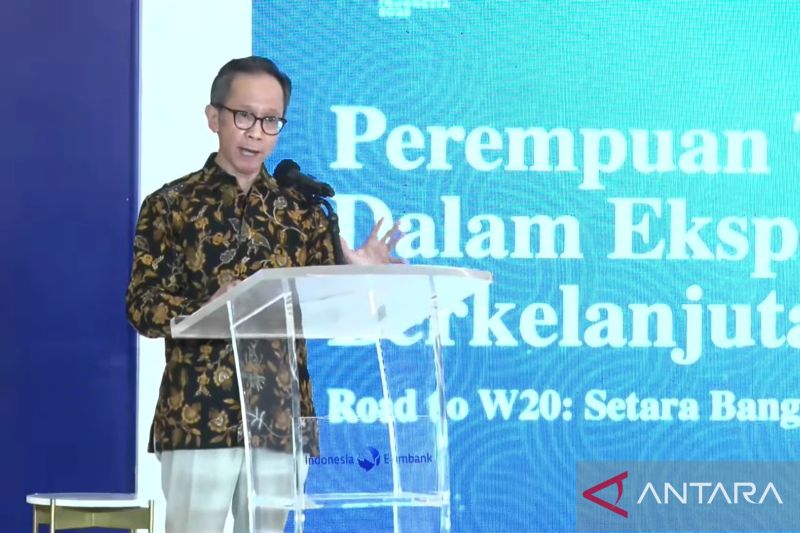 The Deputy Minister noted that more than 2.7 billion women in the world do not have the freedom to choose the job of their choice and are often forced to work in the informal or unpaid sectors.

On average, employed women around the world also received 37% lower wages than their male counterparts, he pointed out.

In addition, only 60% of women in the world have access to banking services and only 40% of women can access social protection programs, the deputy minister noted.

Siregar then expressed her approval of the efforts made by Eximbank Indonesia to encourage women entrepreneurs engaged in export business to establish community development for women’s empowerment.

Related news: Women are no longer passive supporters of the economy: Minister

“Within the community, concrete measures, such as export training, management, technical assistance, as well as support for export facilities, market access and financial access, in particularly for women exporters, have been designed,” he noted.

The Deputy Minister also affirmed Indonesia’s continued support to advance gender equality and women’s empowerment globally, including promoting the Convention on the Elimination of All Forms of Discrimination at the regard to women.

“It is clear that at the international level we support measures to promote women’s empowerment and gender equality,” Siregar said.

Related news: Potential, role of women in economy should be developed: minister