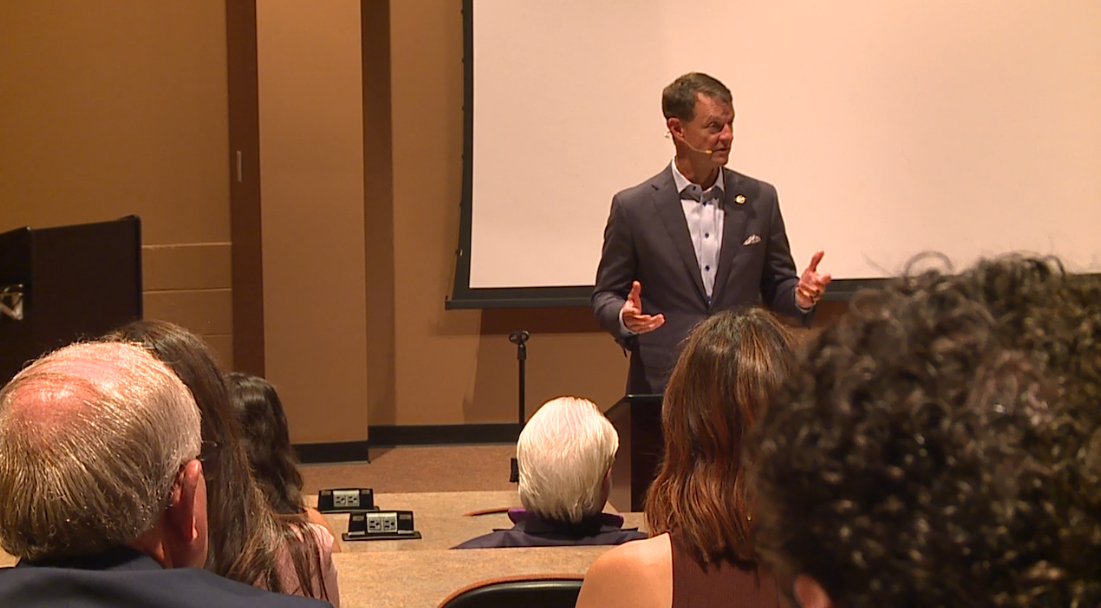 JACKSON, Tenn. – A head of state makes stops across Tennessee to hear from local leaders on the topic of economic development.

Tennessee Department of Economic and Community Development Commissioner Stuart McWhorter kicked off a tour of Jackson on Tuesday, hosting a regional town hall.

“A lot of the time, it’s just for me to meet our partners in these communities, organizations and individuals that we work with, our department works with, just to kind of get to know them for me,” McWhorter said.

He adds that he can share their goals and plans with those he meets, and vice versa.

McWhorter became commissioner in July following the departure of commissioner Bob Rolfe. He was the former Commissioner of the Ministry of Finance and Administration.

One of the topics raised by local leaders was the state’s response in developing and maintaining Tennessee’s infrastructure in the coming decades.

“The role of our department, the role of the governor in making sure that we think about how we plan infrastructure investments. Of course, while the governor is in office for the next four years, but really thinking about the next 10 to 20 years, 30 years is going to be really critical,” McWhorter said.

McWhorter plans to host other town halls with local leaders across the state over the next two weeks.

“Hopefully we can, again, do more. I hope they get a chance to do it themselves. I know a lot of the mayors who are here are up for election. They’re probably happy to be able to attend events, shake hands. Again, it’s about coming together, being together, having community,” McWhorter said.