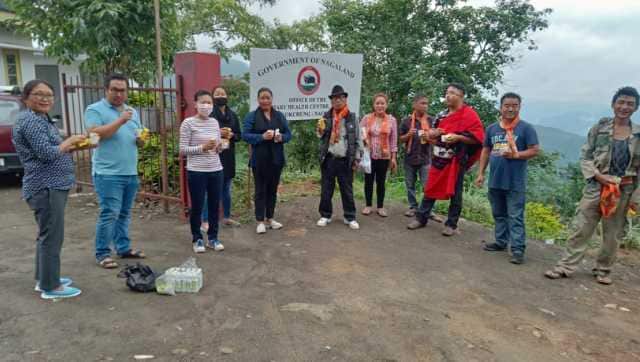 The BJP’s Nagaland unit, together with its counterparts in other states, is carrying out a campaign to raise awareness of the work undertaken by the central government to provide seva, sushasan, gareeb kalyan

Kohima: BJP’s Nagaland unit has embarked on a statewide campaign, highlighting programs initiated by the Center for People’s Welfare, as part of celebrations marking eight years of government Narendra Modi in the country.

Addressing a press conference at his official residence in Kohima, BJP Nagaland Chairman and Cabinet Minister Temjen Imna Along said on Thursday that the unit had joined its counterparts from other states in spearheading the campaign to raise awareness of the work undertaken by the central government to provide seva. , sushasan, gareeb kalyan (service, good governance and welfare of the poor).

The BJP government, led by Prime Minister Narendra Modi, completed its eight-year rule on May 30.

“Nagaland, too, appreciated the initiatives of the BJP government along with the rest of the country. We are very proud of the work done in the last eight years of the Modi government,” the minister said.

He claimed that the state government under the leadership of Chief Minister Neiphiu Rio, his Deputy and BJP Legislative Party Leader Y Patton had done their best to implement all central projects aimed at uplifting the people of the state.

“The Modi-led BJP government has empowered people in every way while initiating measures to eradicate poverty, hunger and build better healthcare infrastructure and roads. It has brought about economic reforms and social reforms , making India a self-governing nation,” he added.