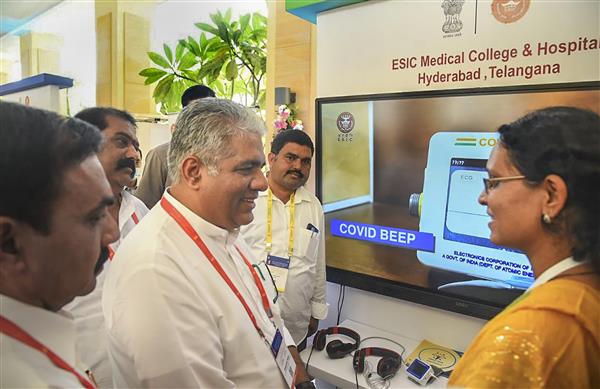 The two-day National Conference of State Labor Ministers, which ended in Tirupati on Friday, decided to promote the well-being of workers in tandem with a comprehensive vision aimed at improving their living comfort and enhancing their skills. which would enable them to play an extremely positive role in “Aatmanirbhar Bharat” (self-governing India).

In his farewell address, Minister of Labor and Employment, Bhupender Yadav, informed that the conference highlighted the importance of strengthening the social safety net for workers and ensuring a healthy environment at the workplace. of work.

There were strong echoes at the conference about the need for the Center and state governments to work together for synergistic and special effect for the cause of workers’ welfare. More so, because work is a competing subject. The conference was organized and anchored by the Union Law Department.

The conference was also of the view that the Center and States should promote workers in the unorganized sector, especially with sufficient data on them having been collected through the Union Ministry of Labor e-Shram portal.

So far, more than 28 million workers from 400 trades and professions have registered on this portal.

Prime Minister Narendra Modi had also advocated for social measures for unorganized workers during his inaugural speech at the conference.

A decision was made to integrate all Central and State portals to foster seamless sharing of data between them to facilitate the well-being of non-unionized workers, collectively.

A number of state labor ministers made suggestions to this effect during the sectoral sessions of the conference. They will be collated, compiled and a full working paper will be circulated to states by the Union Department of Labor for action.

A need to expand the network of ESIC medical schools and hospitals etc. was expressed. The decision of the ESIC board to link its health services with Prime Minister Jan Arogya Yojana (PMJAY) was appreciated.

Labor ministers showed an overwhelming willingness to adopt the recommendation in last year’s Economic Survey of India and the VV Giri report.

Recommendations included improving the lot of gig workers, platform workers and increasing women’s participation in the country’s labor market in the face of the dynamic nature of the economy in India and globally.

Yadav noted that a number of states have already taken progressive initiatives with respect to the recommendations.

This positive trend, however, needs to be further reinforced by progressive laws.