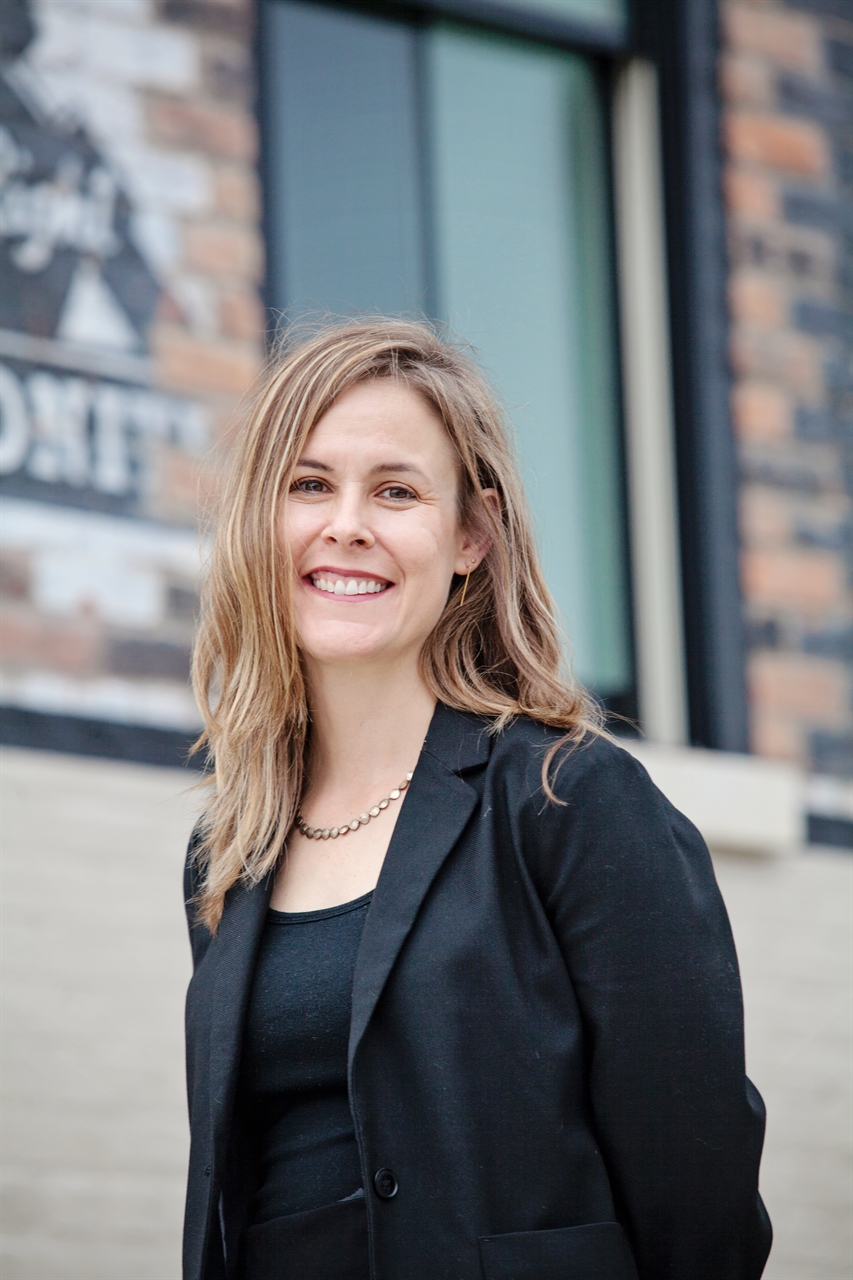 “That’s why I love Covington so much,” said Sarah Allan.

Over the past 12 years, Allan has gained some experience in realizing the potential of The Cov, having played a significant role in some significant – and visible – initiatives and projects in the city.

As Director of Economic Development for the Center for Great Neighborhoods of Covington (CGN), a longtime nonprofit that supports residents’ efforts to improve their neighborhoods, she helped develop $1.2 million in several food and arts-related businesses along ML King Jr. Boulevard; securing more than $3 million from national funders, including the Kresge Foundation and the National Endowment for the Arts, to advance CGN’s Creative Placemaking program; and developing programmatic planning and funding for the Hellmann Creative Center, the new $1.2 million home for CGN, its programs and several entrepreneurs.

Now Allan is ready to help shake things up as part of the City.

“My passion is really small business development,” Allan said. “I like working with people who are just starting out, who have an entrepreneurial spirit but who just need a little help, whether it’s technical training, redoing their building or fitting out a space, I like have the tools to do it. It’s super exciting for me.

The open position attracted 23 serious candidates and Allan was chosen from three finalists who were all extremely qualified for the job, said Covington economic development manager Tom West.

“It was a really tough decision,” West said. “But Sarah’s experience in the real estate side of economic development has stood out, especially as we begin to focus on redevelopment of the 23-acre Central Riverfront site.

Allan has pledged to work to “elevate” the East Corridor, one of the City’s priorities, and says she intends to bring more voices to the table – voices of diversity and among low-income city residents.

“I also want to make sure we have more black and brown owned businesses,” she said. “I’m really focused on that, and I think we have room to grow and keep accelerating that.”

Allan said she also enjoys working with the “bigger development projects”, but she believes small businesses are “what makes a city a city”.

“I especially enjoy working with residents who want to start a business,” she says. “It’s very exciting for me to help promote local talent – ​​people who have been here a long time and who are exploring the possibility of using their gifts and talents to further the history of the city. »

Allan’s love of economic development was a bit development himself, and the one that happened by accident. She was finishing her college degree in secondary education at Calvin University in Grand Rapids, Michigan, when the college career center accidentally sent her resume to a community development company instead of a school. She interviewed for the job and got it.

“That’s how I got into economic development,” Allan said. “It opened a door for me and I thought, ‘Oh, I really like this. ”

Working in government, however, was not something Allan thought she would do, although she believes good government can do great things. She said she definitely wouldn’t have gone to work with “any” city, but Covington was the right fit.

“When I interviewed for this role, they told me they wanted someone creative and entrepreneurial, and I believe those are my gifts,” Allan said. “I look forward to having more tools and incentives available to work with people, to help them find solutions.”

From 2012 to 2016, Allan served as a councilor for the Town of Norwood, where she chaired the Economic and Community Development Committee. From 2006 to 2010, she was Director of Housing Development for Over-The-Rhine Housing in Cincinnati. She worked as an adjunct professor at Eastern University in Philadelphia, Pennsylvania, where she also earned her MBA in Economic Development.