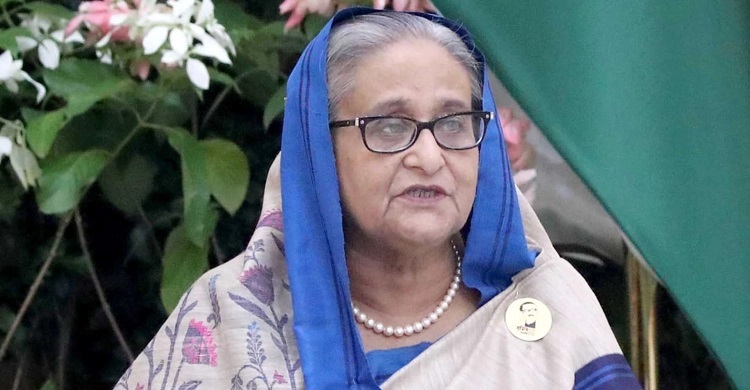 Prime Minister Sheikh Hasina on Friday urged Hajj pilgrims to pray for divine blessings for the overall welfare of the country so that Bangladesh’s economic development journey continues and people have a decent life.

“My appeal to all of you (hajj pilgrims) is that you must pray for Bangladesh and its people so that the country can stay safe from natural disasters and pandemics like the coronavirus…and we can move the economic development and other activities further,” she said.

The Prime Minister said this during the inauguration of the Hajj-2022 activities at the Hajj office in the capital as the main guest, joining the event virtually from his official residence Ganabhaban.

Mentioning that his government has developed the management of hajj using modern technology, Sheikh Hasina said, “It is our duty to arrange all facilities so that those who visit Saudi Arabia can perform hajj and worship properly.” .

Referring to Bangladesh’s ongoing economic progress, the Prime Minister said, “Please pray for the country so that we can move forward in the development process and that every person can get food, clothes, shelter, insurance -illness and an education, and thus a better and decent life. ”

She also asked pilgrims to abide by the rules and laws of Saudi Arabia when performing their hajj rituals. “It is our duty to all of us to defend the dignity of the country. Keep that in mind,” she added.

The first hajj flight, carrying 419 pilgrims from Bangladesh, is due to depart next Sunday for Saudi Arabia. As the Coronavirus situation has improved a bit, this year the holy Hajj is going to be held (July 08 according to the moon sighting) with one million pilgrims from all over the world. Among them, 57,585 hajj pilgrims will come from Bangladesh.

The head of government exchanged pleasantries with the pilgrims and asked them to offer prayers for the people of Bangladesh and their family members who were brutally killed in 1975.

Under the chairmanship of the Minister of State for Religious Affairs, Md. Faridul Haque Khan, MP, the Secretary of the Ministry, Kazi Enamul Hassan, gave a welcome speech.