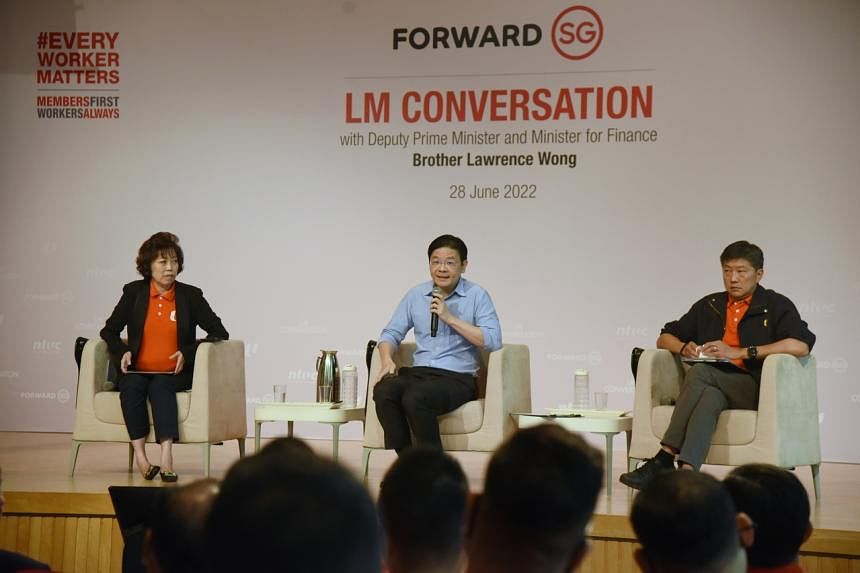 Social policies come with trade-offs, including the need to raise taxes: Lawrence Wong

SINGAPORE – As Singapore prepares to refresh and strengthen its social pact by investing in greater insurance and protection for vulnerable segments of society, it must ask itself how far society as a whole is willing to go, said Deputy Prime Minister Lawrence Wong on Tuesday (June 28).

This means society, including the wider community, must decide how much more it is willing to pay in taxes to fund these programs, added Wong, who is also finance minister.

“Do we want to go as far as the Europeans, where tax rates are very high – personal income tax rates are over 40% at the top end, and for middle incomes, they easily exceed 30%? He asked.

DPM Wong noted that in Europe, the Goods and Services Tax (GST) is “also easily over 20 percent.”

The Minister was responding to a question from National Trades Union Congress President Mary Liew during a dialogue with union leaders at the launch of Exercise Forward Singapore.

The topic of higher taxes for more welfare was a divisive issue during the dialogue, according to a poll taken at the event.

Less than half of respondents – 45% – said they were willing to pay more tax if it would allow the government to better provide for Singaporeans in need.

Ms Liew had shared an anecdote about a Norwegian acquaintance who told her he was happy to contribute nearly two-thirds of his income to taxes as he felt it was the people’s responsibility to look after the less fortunate. She asked Mr. Wong when Singapore might reach that stage.

Mr Wong said it was smart thinking because investing in more protection gives people greater confidence to embark on their future.

But it comes down to the implementation and the details, such as whether additional resources raised for greater social well-being result in a more cohesive society and a stronger social compact.