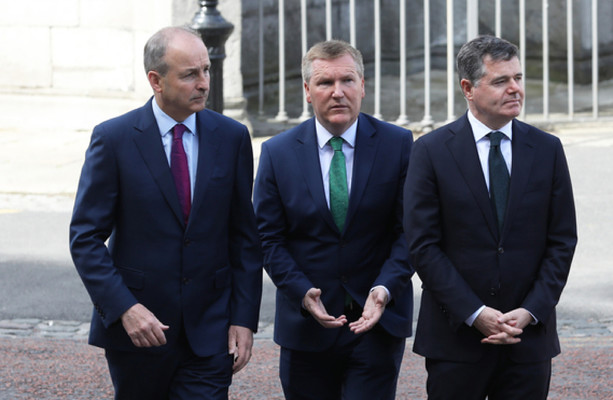 TAOISEACH and Tánaiste reported increased spending levels in the 2023 budget that will lead to increases in pensions and social protection, tax-free bonuses for workers, as well as assistance for tenants.

“The good news is, and it probably won’t surprise anyone, that we have more budget wiggle room this fall than we have had in any year in recent years.

“This is because tax revenues are very healthy, there are record levels of employment, incomes are rising and trade figures are better than ever. Public finances are in good shape.

He doubled down on comments he made yesterday, where he said pension and welfare increases will have to be bigger than they have been in previous years.

He explained today that this was necessary because the cost of living is rising faster than in previous years.

“Because we have reached an agreement as a government to index brackets and tax credits, the tax package will be larger than it was in previous years for this reason,” he added. .

“Meanwhile, the Taoiseach today advised after Cabinet that tenants could be targeted in the October budget, saying tenants ‘will be considered’.

As opposition parties criticized the government for ruling out taking further action on the cost of living crisis this summer, the Taoiseach said the government would work to find optimal ways to ease the pressures on the population.

A senior source said any possibility of action being taken sooner is irrelevant.

Martin said he anticipates the pressures will be quite significant on families and children in the winter.

“We have already identified a series of areas that are under consideration, such as childcare, for example, or housing, which involves rent and other areas. And we need to figure out what’s the best way to do that without adding to inflationary pressures,” he said.

The newspaper previously reported that Housing Minister Darragh O’Brien is working on tax incentives for so-called ‘mom and pop’ or small landlords in a bid to keep them in the market.

In turn, it has been suggested that the landlord would have to charge rents below a certain percentage of the relevant market rate to qualify for the scheme.

The statement sets out the parameters for October’s budget – essentially stating how much money the government has to play with.

Party leaders will meet again to discuss the declaration next week.

Measures are underway to address costs and housing pressures for students as well.

“Greater work” will be presented to the next Cabinet committee on housing on a new student housing model where the state would support colleges and universities in building more on-campus housing.

He said there are a lot of building permits and a lot of land banks available to colleges that are underutilized.

If the government can “unleash this potential”, it will increase the supply of student accommodation.

2022-06-21
Previous Post: OurCrowd First Israeli company to partner with the Singapore Economic Development Board under the Global Innovation Alliance (GIA) program
Next Post: Cloudflare outage takes down websites worldwide for over an hour: Report