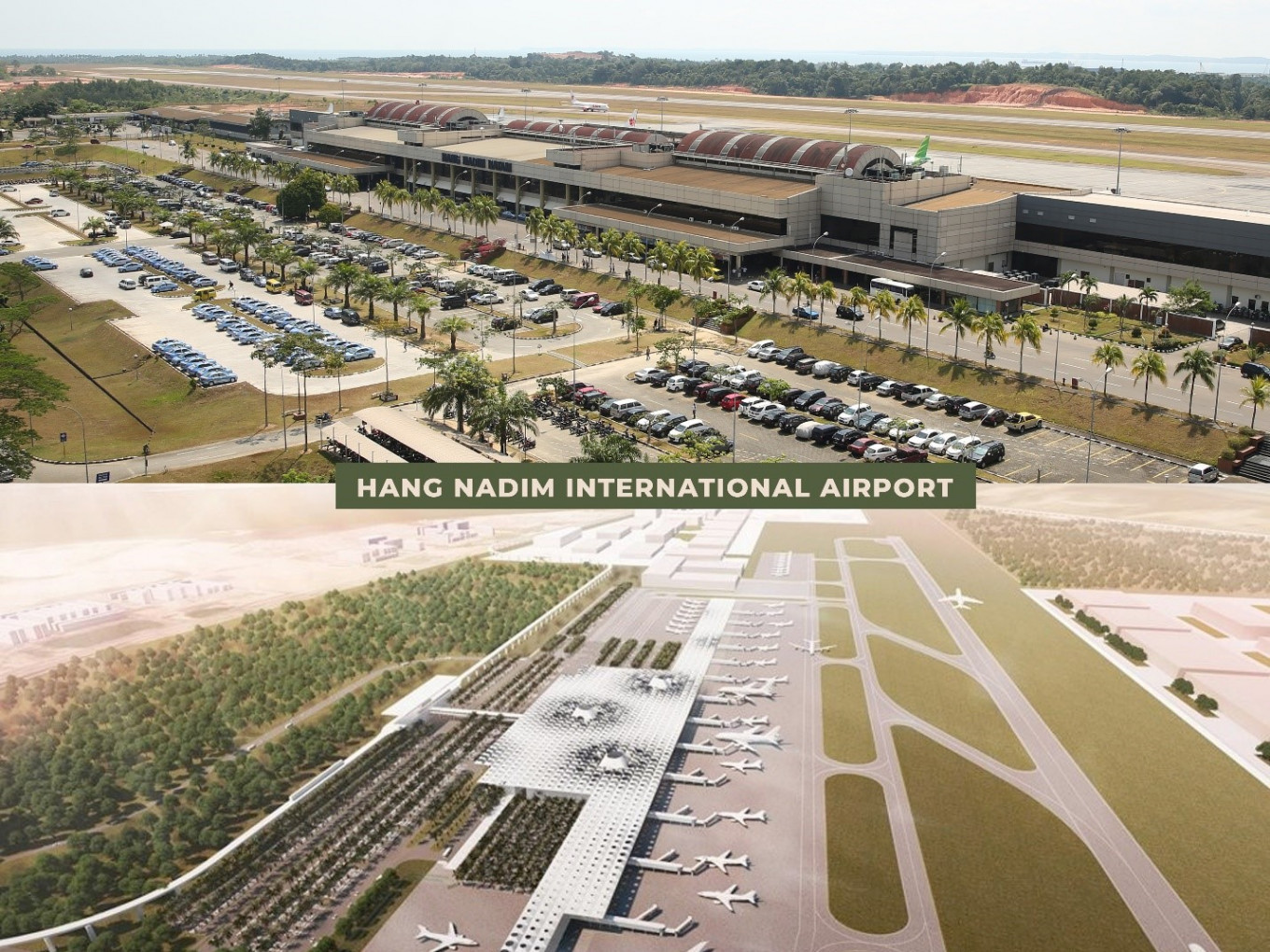 From its humble beginnings as a small airport to support the operations of state oil and gas holding company Pertamina to its current incarnation as Hang Nadim International Airport, the aviation hub in the district from Nongsa to Batam in the Riau Islands has played an increasing role. in the growth of the economies of the island and the archipelago province.

The 1,760-hectare airport was named Hang Nadim after the Malaysian hero who defended the Indonesian people during the Portuguese colonial era.

When it was built in 1973, Hang Nadim Airport had a runway of about 700 meters. Today, it has a runway that stretches 4,025 meters, the longest in Indonesia and the third longest in Southeast Asia.

Batam is one of the country’s main ports of entry and ranks third in foreign arrivals only after Jakarta and Bali, with Hang Nadim International Airport designed to handle a maximum of 5 million visitors each year.

The development of Terminal 2 is expected to double the annual passenger capacity of Hang Nadim International Airport to 10 million people. It will also increase with its air cargo capacity to 1.5 times pre-pandemic figures in 2019, or around 17.5 million kg for loading and unloading.

“We hope that this cooperation in the management of the airport will make a major contribution to the economic growth of Batam and the Riau Islands,” Rudi added.

The investment project would also benefit Batam in many ways, as it included a plan for 11 new international routes and a transfer of knowledge from the IIAC towards growing the local tourism industry, creating jobs and stimulation of the local economy.

Airlangga added that the airport also plays a vital role in supporting the development of the Batam-Bintan-Karimun (BBK) region and western parts of Indonesia, as well as connecting them to global markets such as China, Japan, South Korea and the United States.

“Batam’s increasingly open international passenger and cargo aviation network will accelerate the recovery and development of tourism in the BBK region as well as streamline cargo services, which in turn will increase the competitiveness of the country. industry and reduce logistics costs in Batam,” the minister said.

“Furthermore, it will also encourage the expansion of the consumer electronics supply chain, both in terms of raw materials and [local] production.”