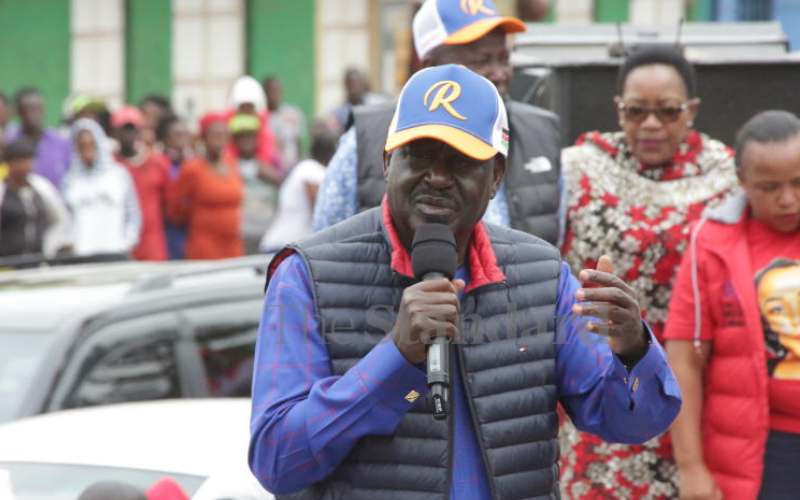 I met Njoroge in one of the streets of Nairobi. He worked for me many years ago. He had obviously aged, his suit had seen better days but he still wore it to give himself a veneer of respectability.

He lived in Kibera, was unemployed, got up and walked into town every day, hoping to find a scramble that would give him a few shillings to put food on the table.

Every night when he came home, his wife looked at him hoping he had money to give her.

She was often disappointed. On Friday, if he failed to make any money, even the phone I was using looked like food because if he caught it he could sell it for a few thousand shillings. That would be enough food for a month.

Sadly, this is the state of millions of Kenyans today. Remember that the Arab Spring that led to multiple revolutions that swept the Arab world from Tunisia to the Gulf began when a young Tunisian fruit merchant set himself on fire, sparking the revolution in Tunisia.

Today, Sri Lanka is in the same throes of a poverty-driven revolution. We are not far from it and if we are not careful, our country could also burn. Do not dismiss the protests against the rise in the prices of unga as inconsequential.

Raila Odinga speaks of the “third economic revolution” which is based on an economic program focused on the growth of the economy at the industrial level, the Jua Kali sector and small mom mboga. He talks about creating a welfare state that is more caring and aware of the suffering of the common man.

It promises financial support for single mothers and interest-free loans to businesses run largely by women selling on the roadside. These small businesses support many families.

Most western liberals don’t like the welfare state. The World Bank is run by people who believe that welfare states will stunt growth and encourage people to get lazy and take advantage of the system. Those who suffer the most are the children, and they have no choice whether to work or not.

Joseph Stiglitz, Nobel laureate in economics, believes that the welfare state is necessary and even desirable; that welfare money acts as an economic stimulus. There is no point building the best infrastructure projects while our people are starving, sick or losing their education.

I worked for Citibank in the early 1990s. The bank was going through very difficult times. We survived when an executive order came from New York requiring every department to cut its operating expenses by 30%. It seems like mission impossible, but we did it.

It is difficult but doable. Raila’s grand vision of a kinder, gentler nation is possible. Let’s do it.

-M. Shahbal was a member of the team that wrote the Azimio la Umoja manifesto