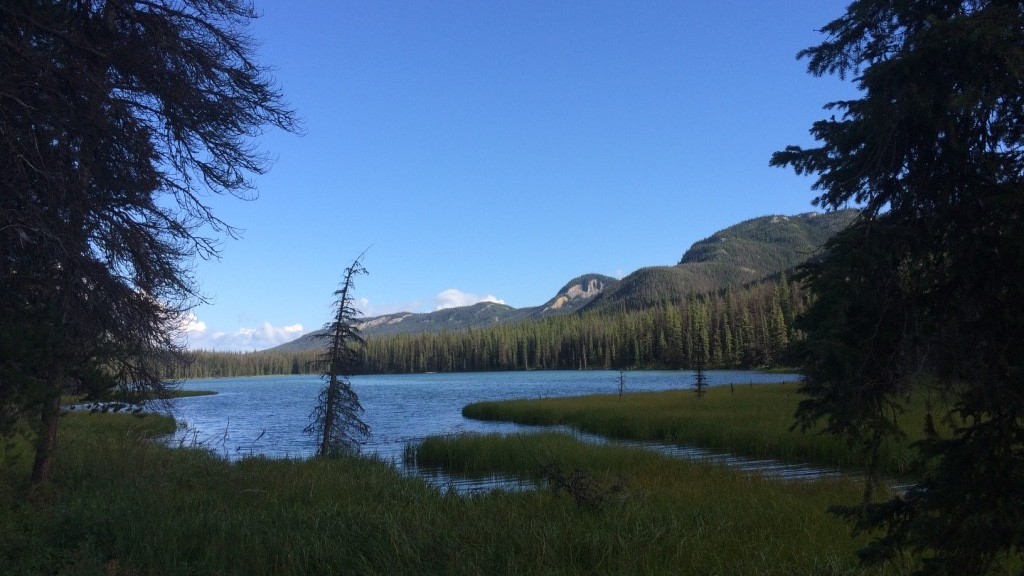 Economic development plans in a remote watershed in northern British Columbia have seen their ups and downs for more than 150 years, and few businesses have gained ground.

UNBC Associate Professor of First Nations Studies Dr. Daniel Sims hopes to explore the connection between the concepts of wilderness and development in the Finlay-Parsnip watershed by examining the cycle of these planned agricultural and mining projects then abandoned between 1871 and 1956.

The watershed is within the traditional territories of the Tsek’ehne Nation, which includes the Tsay Keh Dene, McLeod Lake and Kwadacha First Nations. Sims is a member of the Tsay Keh Dene First Nation. He first noticed this cycle when reading digitized back issues of the Prince George Citizen newspaper when he was preparing a preview for his master’s thesis several years ago.

“In each generation, a new project would be proposed for the watershed – today it is usually pipelines, mining or forestry – and each time a new project is proposed, it is presented as a wilderness to develop,” notes Sims.

“Then when the project doesn’t move forward – as it often does – or when something happens, or it doesn’t go quite the way they want it to, then it becomes an indomitable wilderness and the cycle starts again. again.”

Of particular significance, says Sims, “It appears that the local Tsek’ehne may have actively encouraged outsiders to view the territory as indomitable in the hope of preventing the settlement and development of non-Tsek’ ehne. In short, they knowingly engaged in colonial discourses to resist colonialism.

Sims and his research team have been awarded a Social Sciences and Humanities Research Council Insight Grant worth over $389,000 over the next five years. The funding will allow researchers to delve into this critical and nuanced aspect of the wilderness-development relationship.

The research team includes Dr. Tyler McCreary, adjunct professor of First Nations studies at UNBC, and independent researcher Nicole Wheele, as well as a graduate and undergraduate student. The Sims will be looking to hire research assistants over the course of the project.

“Our previous research has highlighted the need for further study of Tsek’ehne oral histories of these proposed developments, especially since most of the relevant archival material does not mention the Tsek’ehne at all” , says the associate professor.

Knowledge of past businesses still exists in the area – from memories shared by Elders of domed houses high on a mountain in the territory to a huge tractor wheel in a remote location along the Ingenika River.

“I spoke with community elders and they were aware of what was going on, but the finer details have been lost and the information is not there in the general history of British Columbia. “

Sims cites the recorded history of the Alaska Highway as another example of what he calls this “forgetting of the narrative.”

“We know where it is now, but it was originally planned to be in the Rocky Mountain Trench – through McLeod Lake, through Fort Graham, through Fort Ware and Ingenika.

“The elders are well aware of this because they were often involved in the surveying, but I met historians who insisted that it was always supposed to be on the other side of the Rockies. So that’s an interesting omission.

Sims says his team will continue to meaningfully engage with the community to help conceptualize what happened and document those stories.

“Documenting these stories remains important to both the Tsek’ehne and the general Canadian public,” says Sims. “The findings will contribute to our understanding of Indigenous agency, as well as Indigenous erasure, and make major contributions to the fields of Indigenous, economic and environmental history.